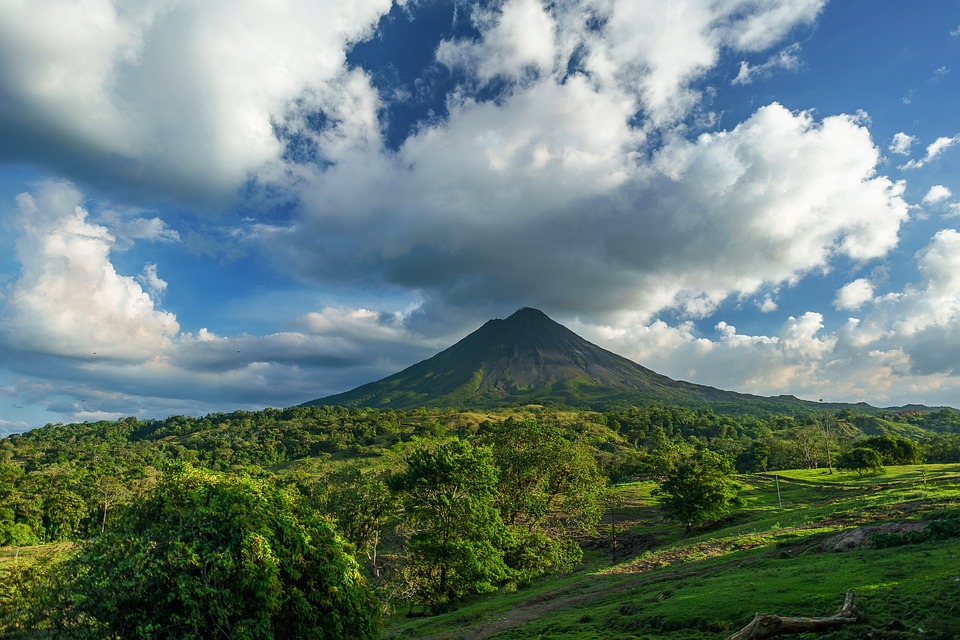 Everyone needs a few days off. Everyone needs to blow off some steam, and go on vacations with the family or with some close friends and just have a good time. Doing it in a sustainable manner, however, is of enormous importance to everyone as well. You wouldn’t want to negatively affect the place you’re visiting, now, would you?

Here are ten sustainable travel destinations that practice the concept of sustainable tourism, which will not only help you in your stay there, but help the country itself in just preserving its resources and assets for the considerable future.

New Zealand is a really, really good place to travel to, both in terms of beauty and sustainability. We’ve already seen countless images of the natural beauty that the Oceanic country boasts, but the thing that separates it from many other countries is its commitment to sustainable tourism.

Multiple projects – including the New Zealand Tourism Sustainability Commitment (TSC) – have been launched to ensure that the country remains as pretty-looking as it is, while saving the environment in the process. TSC is working towards getting the tourism business to commit to sustainability by 2025. It vows to not only make sure that the visitors have a fantastic experience when they’re in the country, but also to conserve the natural resources so that the foundation of the country’s beauty lives on for generations to come.

While I was doing my research for this article for Brush With Bamboo, I obviously had to look at pictures of all the countries in my shortlist, and my word, I just don’t think there’s any country that is as focused on greenery as Slovenia. I haven’t seen so much greenery anywhere, and the fact that they were the first country to be labelled the Green Destination Of The World gives you all that you need to know about their priorities as a nation.

Their capital, Ljubljana has so much going its way in terms of sustainability. They have a focus on electric vehicles, buses that are running on natural gas and literally acres and acres of woodland, which is good and rare to see in this day and age.

There are tons of beautiful places to visit in the country that would give you an idea of just how mesmerising it is apart from the greenery. Lake Bled, among other tourist spots, is just great to look at, and even though the country isn’t even that big, you will find plenty of beautiful spots almost everywhere you go.

This list probably wouldn’t have been complete without the inclusion of Costa Rica. Easily one of the loveliest places you’d ever visit, Costa Rica is also incredibly efficient when it comes to sustainable tourism. Well, it’s actually one of the best countries in the world in that regard.

It has so much to offer in terms of wildlife, greenery and eco-tourism. It’s the perfect place to go on hikes, exploring the natural beauty that has been preserved so well by the people of Costa Rica.

Another interesting fact about the country: 25% of the land is still left as rainforest. Think about that. It’s insane. They also produce above 90% of their electricity from renewable resources, and occupy 5% of all biodiversity in the world. The country isn’t even that huge.

Statistically, it is the second most sustainable country in the world, according to World Energy Council. It’s also home to countless forest reserves, wetlands, and other protected lands. The country has based its whole foundation on sustainability, being known for all this for literal decades.

If you want an example of how an exceptionally well-sustained country is run, look no further than the North American beauty that is Costa Rica.

Malta isn’t like your typical tourist place. Well, it is still really beautiful, but some part of the country – a place named Gozo – has some great monuments and buildings that have been taken care of so well by the people of the country. For example, the Citadel in Gozo dates back to the Bronze Age, among other buildings and temples that have lived far more than others do.

They have a strategy named Eco-Gozo Island 2020 – something that promotes eco-education and the production of organic food, among other things that really make a positive impact on our environment. It promotes sustainability, but does it in its own unique, beautiful way.

It’s a really good spot for anyone that is looking for relaxation as their topmost priority in a vacation. The beaches there are huge, pleasing to the eyes and you’d want to stay there till the end of time itself.

Scotland would probably be my pick of the bunch. No research, just bias.

No, but seriously, Scotland has done a lot to work towards a sustainable form of tourism that helps the country, the people in it as well as the people visiting from different parts of the world. The fact that it’s so mesmerizing just makes it better.

Travelling in Scotland is of great importance. Their public transport system is great, which would lead to less usage of cars and other vehicles that may not be as sustainable as others.

You can stay in eco-friendly accommodations, or go camping with your friends, and just do a lot with what’s around you. Travelling and visiting places doesn’t have to be detrimental to said places, everyone can enjoy a vacation without affecting the place in a negative way, and Scotland is a great place to be for that.

Bhutan is another country that should be on your radar if you are looking for a vacation at a place where sustainable tourism is a huge priority. The country has done wonders to work towards their motto, and they are clearly excelling at it as well.

Of course, it wouldn’t matter much if the place isn’t aesthetically pleasing, which it is, so you’re solid there.

Bhutan has done a lot in this space, and they’ve proven to everyone else that controlled tourism is best in the long run. They have an established framework for the development of tourism, and a lot of it revolves around eco-tourism, sports / adventure, culture and many other things that make Bhutan what it is today, while doing it all in a very sustained, eco-friendly way.

It has also helped the country massively in terms of foreign exchange earnings and government revenue.

Of course, the beauty of Bhutan speaks for itself. The place is very pretty, but if you look beyond that, the country is making sure that the beauty is sustained, they’ve taken huge leaps towards it and will continue to do that for years to come.

I have seen pictures of the Republic of Palau, I have read about what the country has done to protect the resources that we have, and my respect for them has only gone up.

The Republic of Palau’s population is less than 20,000 people, and for them to make it on this list as a country which is very hell-bent on the sustainability of the environment is just an outstanding feat in itself.

Perhaps the most famous thing that they have done in sustainable tourism is the Palau Pledge that was signed in December 2017. That pledge clearly states that international visitors would be required to sign a stamp in all their passports that they will take good care of their surroundings and preserve and protect the islands, going one step closer to achieving sustainable tourism.

I’d love to go there someday, it looks like a beautiful place, that is home to beautiful people that try to save this planet on a day-to-day basis.

Singapore is another one of those countries that are too pretty to ignore, and it seems like their methods in saving the environment are the same way as well.

The main thing that I have seen about Singapore is its Green Plan 2030 – a movement that helps Singapore in achieving one of its primary goals: sustainable development.

If we talk about ways Singapore has helped in sustainable tourism, on the other hand, well, you can talk about the Formula One that takes place every year. But, in 2022, Singapore Tourism Board and the Singapore GP will hold hands and encourage the reduction of carbon footprint for the race to shift to something more sustainable. It’s just fantastic to see, as is Singapore in its entirety.

Now, obviously, Nepal is a really nice place if you want to go on treks and stuff like that. But, I think it’s pretty evident that Nepal has drawbacks of its own, as does any other country, but these are a little more prevalent, but the country has done a lot to improve that.

They rely a lot on tourism, and a lot of their revenue comes from tourism, but the country’s economic system has been weak for a little while. But, Nepal’s Ministry of Tourism has a goal of two million tourists a year, but the travellers would need to take care of the environment as they trek their way through and out of Nepal. They have imposed penalties for not bringing back your own garbage after the trek is over.

They also advise people to use buses instead of aeroplanes whenever possible in the country because, well, obviously, buses are more environmentally friendly.

So, yes, while Nepal has its drawbacks, the country is still working hard to preserve its tourism, as it’s their second biggest source of income, and the people of Nepal only want it to go up.

Barbados is another example of an exquisite place that also focuses on sustainable tourism. Over 40 per cent of the country’s GDP is represented by tourism, and there has been a clear voice that has talked about how they need to ethically practice sustainable tourism so that it doesn’t cause harm to the place.

The country’s focus has been on the hotel industry. After so many efforts by so many important people in the country, now, hotels give visitors the option of a ”green stay” – which would mean that the visitors choose to reuse bedsheets, shampoo and other things. They also try to lessen the use of plastics. I would definitely consider travelling there, if I were you.