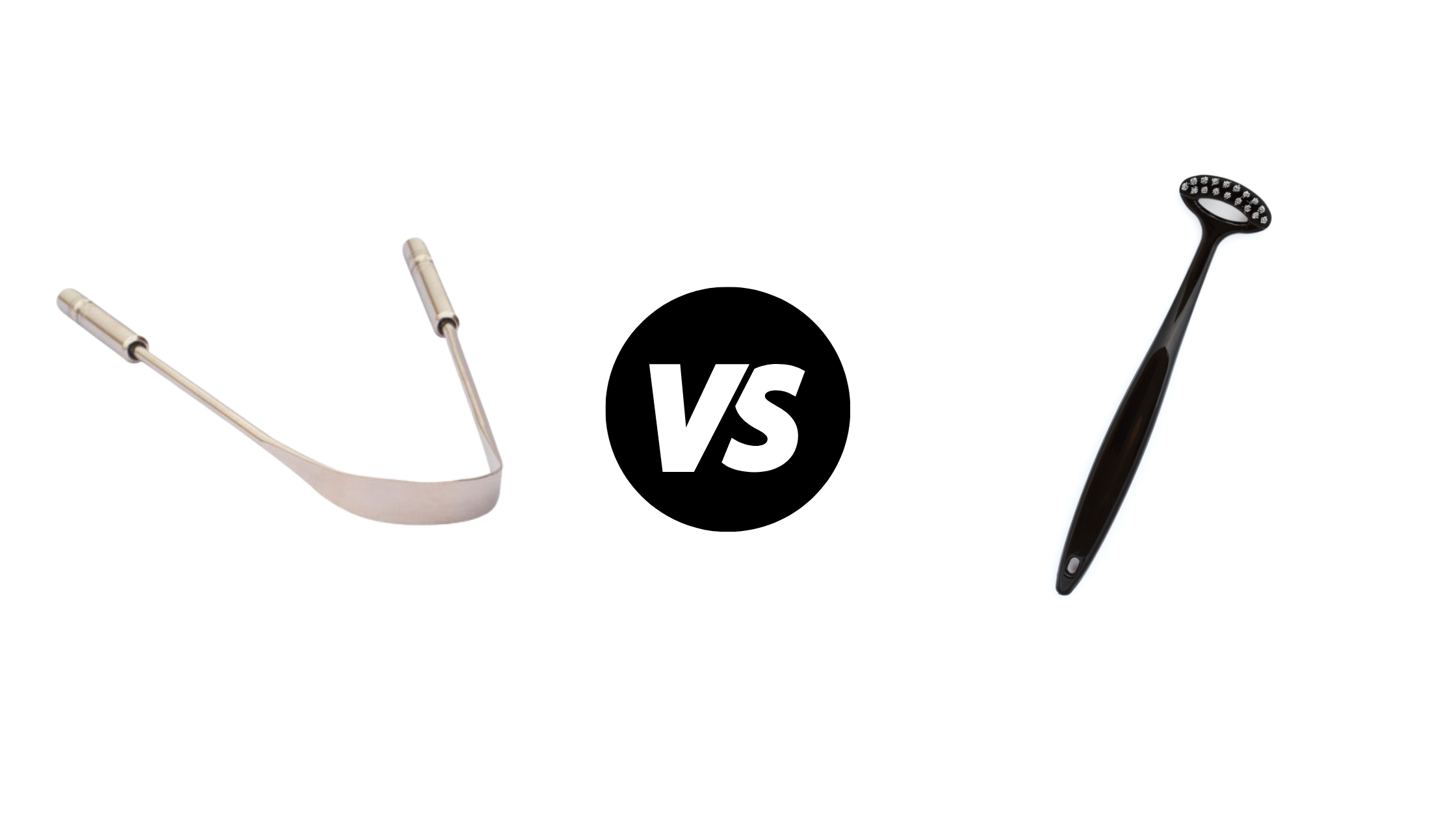 If so, that’s a smart move: Tongue scraping helps remove bacteria in the mouth and helps get rid of bad breath. If you have a persistent white coating on your tongue, or just want a minty-fresh mouth, a tongue scraper can help improve the health of one of the hardest working muscles in your body (aka your tongue!).

These are the disadvantages to using a plastic tongue scraper – and in my honest opinion, their cons hands down outweigh their pros.

1. You’re Using Plastic – and Putting It On Your Tongue

Plastic is made from fossil fuels, which are unsustainably extracted from the earth as crude oil.

It takes tons of energy and resources to mold crude oil into a viable product, aka plastic. Sadly, most plastic products are single-use, or at best, low-quality items that end up being trashed.

So, the carbon footprint of plastic is heavy from start to finish.

While I can’t go so far as to say plastic tongue scrapers are single-use, they are still plastic (and aren’t exactly built to last (more on that later). And the idea of putting plastic in your mouth and against your tongue might not be such a great idea.

Plastics pose a threat to human health – they contain and leach hazardous chemicals, including endocrine disruptors.

If that’s not enough, you could be inadvertently ingesting plastic – especially if you’re using it to scrape your tongue. Apparently according to a new study, we are ingesting an average of 5 grams of plastic every week, the equivalent of a credit card.

Heck, there’s even plastic in our poop. So, I think it’s safe to say using a plastic tongue scraper might only contribute to that (microfibers from it could easily break off and go straight into your mouth). It’s important to avoid plastic as much as possible. We sell 100% stainless steel tongue cleaner that comes to you completely plastic-free.

There are three things that determine an item’s recyclability: Size of the object, plastic resin number + type, and access to recycling facilities.

First and foremost, if an object is smaller in size, it’s harder to recycle it. This is because it can easily get lost in the recycling facility, or even fall through sifters (which are designed to weed out small objects, mind you). And FYI, plastic tongue scrapers aren’t exactly big so that’s one strike against them.

Then, there’s the kind of plastic it’s made from to consider.

The recycling is cleaned, sorted and loaded into bales – if they don’t get any buyers, they don’t get recycled. FYI, plastic tongue scrapers are much less likely to be made out of plastic #1 or #2.

Lastly, you have to have access to a recycling facility to begin with. And, that facility has to have the proper machines to recycle the kind of plastic you’re adding to the bin. If they don’t, it simply won’t get recycled. It’s hard to say what kind of recycling machine a plastic tongue scraper would need, but being it’s such a small item, I’d imagine it’d need something very specialized most facilities wouldn’t have.

So, all in all, the chance of a plastic tongue scraper actually getting recycled is very unlikely.

However, metal tongue scrapers are recyclable and last a lifetime. Our stainless steel tongue cleaner is built to last so you likely wouldn’t have to replace it.

3. They’re Not Always As Effective

A lot of people claim plastic tongue scrapers are very gentle on their tongues – which can be both a pro and a con. If it’s too gentle, it’s not doing as good of a job as a metal one per say.

Also, you might find it hard to stop yourself from gagging using a lighter plastic tongue scraper, which would make the experience less enjoyable. Many people have said using a heavier tongue scraper (like a metal one) helps prevent gagging.

It can also be harder to clean plastic tongue scrapers. Many come with small bristles to help dislodge particles from the surface – but these can also be hard to completely clean after use because things can get lodged in there.

4. They Have to Be Replaced Often

While not a single-use item, it’s recommended to replace plastic tongue scrapers every 3 to 4 months. Granted, this is longer than a toothbrush sticks around, but still. It’s an item that’s going to end of in a landfill, regardless.

If reducing waste is your number one goal, getting a plastic tongue scraper probably isn’t the best option. It’s likely going to come in a lot of plastic packaging as well, which probably will be hard to recycle too.

Not only is this wasteful, but it also adds up money wise. Wouldn’t it be better to buy something you can reuse and properly wash that can last you years not months?

Plastic tongue scrapers are also more likely to break and need replacing sooner rather than later. They can also get visibly dirty much quicker than a metal scraper – and won’t be easy to clean at all. So take this into consideration when making your choice.

I can think of a few advantages to using a plastic tongue scraper, but not many that really stand out.

Disadvantages to a metal tongue scraper

A lot of people aren’t comfortable with the feeling of a metal tongue scraper because of its weight – but it’s actually a good thing. Being weighted will reduce your chance of gagging.

Also, if you’re worried you’ll hurt or cut yourself on the metal – don’t be. Our metal tongue cleaners, for example, come with rounded and smoothed edges to prevent cuts, and thick durable handles. So while there may be a bit of a learning curve, it’s nothing you can’t get used to.

We suggest going easy and using it gently on your tongue to prevent any kind of trauma to the tongue’s surface. Our metal tongue cleaner has a U shape which allows for optimal control and a quick clean in one sitting.

6. Metal Tongue Scrapers Can Get Pricey

Admittedly some metal tongue scrapers are pricier than others – and certainly more than their plastic counterparts. But it’s important to think of this as an investment and remember you won’t need to replace the metal one like you will with the plastic. So, you’ll save money in the long run.

All of the metal tongue scraper advantages

Ultimately, metal tongue scrapers are the better choice for your oral care, health and the planet. If you’re on the market for one, consider choosing our stainless steel tongue cleaner. It got thick durable handles, a U-shape and comes to you completely plastic-free!

If you already have a plastic tongue scraper, you don’t need to toss it out this very second. Keep using it until you can’t, then replace it with a metal scraper – that’s always the most sustainable option.

Ariana Palmieri is the founder of Greenify-Me, a blog dedicated to zero waste living and sustainability. Her work has been featured on Going Zero Waste, Mother Earth Living, Green Matters and several other publications. Get her free e-book “10 Ways to Reduce Trash” by signing up to her newsletter and learn how to reduce your waste today.